Bills of Exchange and Promissory Notes

The bill of exchange is a marketable security representing a debt claim arising from sales. As it is marketable, it can be used as a means of payment. The Geneva Convention of 1930 provides a uniform law for bills of exchange and promissory notes. The convention, among others, provides the basic definition of the requirements to be mentioned in the bill of exchange so that the financial instrument is considered valid. Two types can be distinguished: the first one is the bill of exchange, a written order that binds one party to pay a fixed sum of money to another party. The second one is the promissory note that contains a written promise by one party to pay another party a definite sum of money. When a bill of exchange is involved in the business transaction, it expedient for the exporter to agree with the foreign buyer that the acceptor of the bill of exchange shall be the bank of the buyer instead of the buyer itself because this way the counterparty risk can be reduced without the involvement of an external actor. 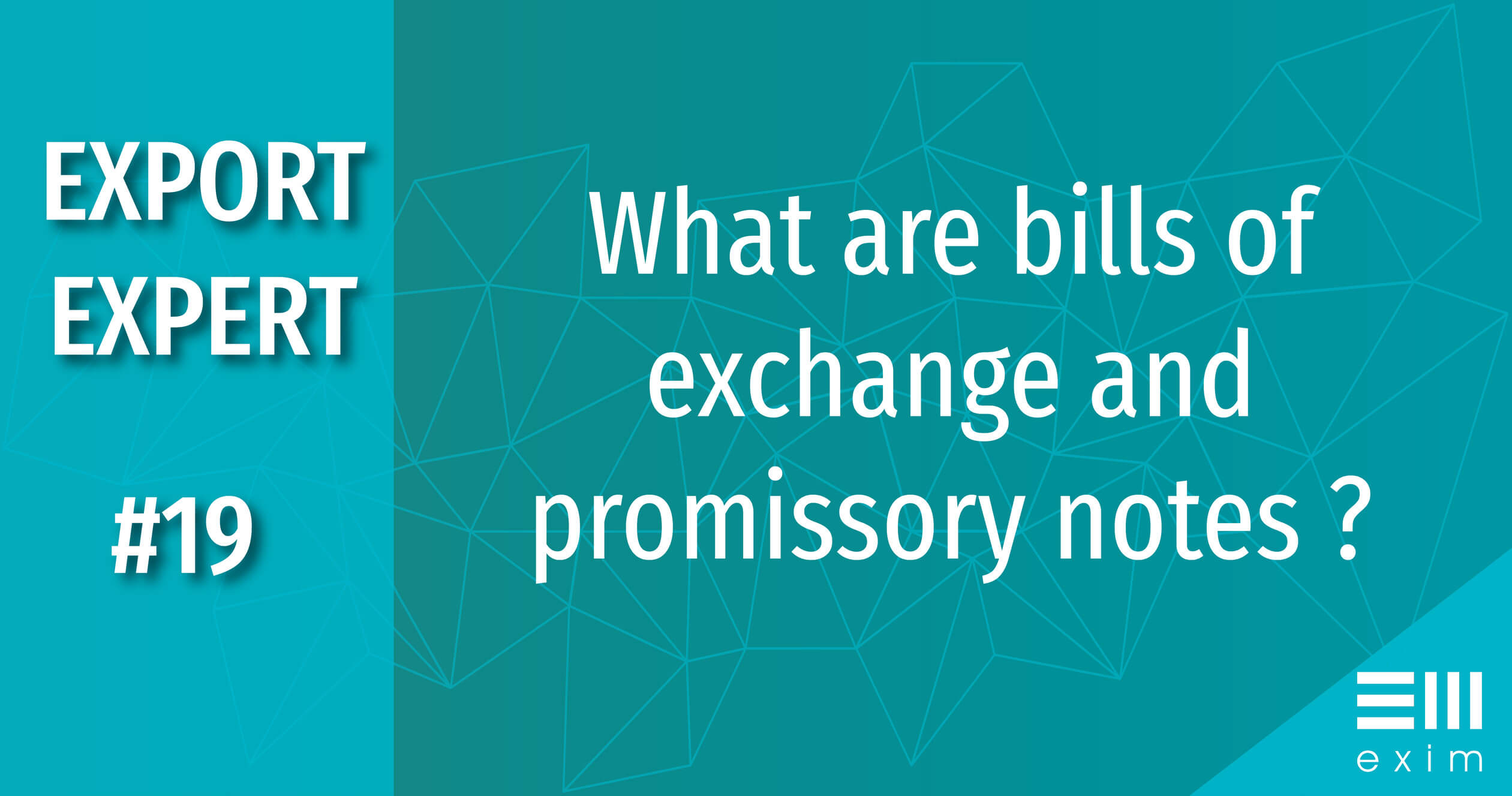