In recent years there has been a robust upswing in the emerging Central Asian economies. Foreign investments play an increasingly important role and the number of investments implemented within the framework international cooperation is also growing, said Róbert Griljov in an interview with TXF News.

The Director of Hungarian EXIM responsible for Business Operations in Eastern Europe and Central Asia told the British economic magazine that although EXIM has risk limits in 127 countries and so far Hungarian enterprises have finalised transactions in 55 countries with the help of EXIM’s financial solutions, Central Asia has become a market of key importance for Hungarian companies in recent years.

Of the regional economic relations, the Hungarian-Kazakh relations have become so intensive that EXIM opened an office in Nur-Sultan a year ago, besides the long-established office in Moscow. At present EXIM finances and insures the export of machinery and chemical industrial products and grants export credit insurance for the export of pharmaceutical, plastic industrial and agricultural products.

In Uzbekistan a mainly state-owned Uzbek bank has recently purchased 1000 ATMs produced in Hungary. The almost USD 10 million worth of buyer credit and export credit insurance used as collateral of the resource was also granted by the Hungarian EXIM. In addition, the preparation of several joint Hungarian-Uzbek investments related to cattle breeding, cereal processing, vegetable oil plant construction, fish farm installation, hotel development and public utility meter production are now under way. EXIM will also be involved in these business opportunities as a eliable financing partner.

Róbert Griljov said that the Russian-Hungarian bilateral economic relations have been traditionally strong. EXIM is especially active in the field of short-term insurances but successful development projects have also been implemented financed by EXIM. There are also jointly financed development projects in third countries. 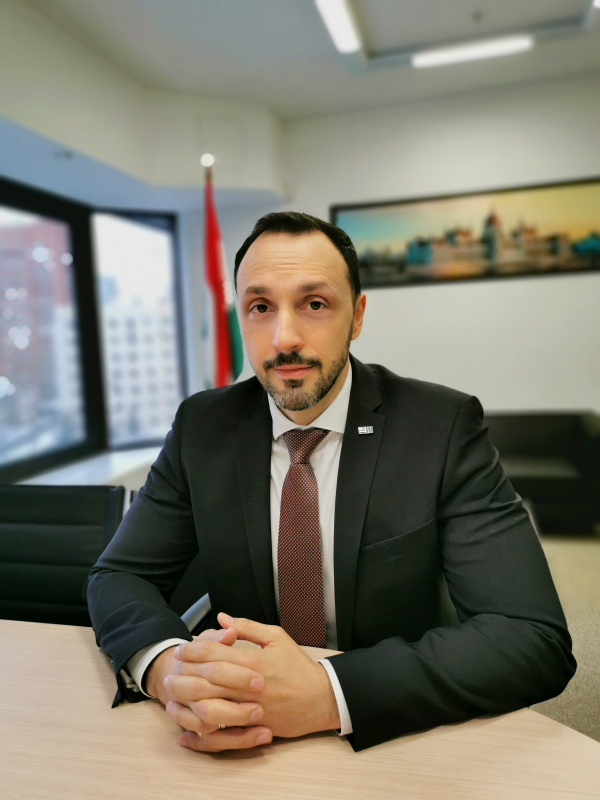